The Chennai division transported a total of 3,962 tonnes of laterite to Andhra Pradesh

A new commodity for the Indian Railways freight network – ‘laterite’ – one of the major raw materials used for construction, was recently loaded and ferried between Tamil Nadu and Andhra Pradesh, which the railway ministry pegged as ”a new stream of freight traffic”. The first consignment of the sector’s newest commodity for freight was transported between two major states for the first time ever, resulting in revenue generation of Rs.19.21 lakh for Indian Railways. (Also Read: How One Of India’s Oldest Railway Stations Is Becoming A Developing Hub For Freight Traffic ) 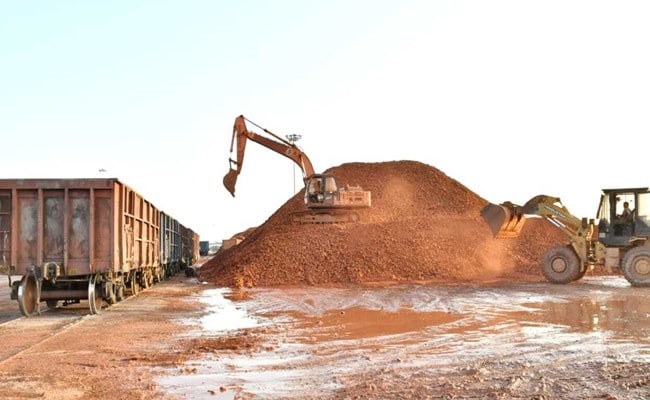 The commodity is widely used as one of the raw materials for cement production in the country. Considered to be both soil and rock, laterite is used for several infrastructural purposes including road construction, cement production, building blocks, waste water treatment, ores, among others.

Why ‘laterite’ as the newest commodity for freight operation on railways?

The Chennai Harbor receives laterite from the Kandla port of Gujarat. The raw material is extracted from the mines of Kutch in Gujarat. A Mumbai-based firm – KAYKAY Trading – said to be one of the largest importers of gypsum in the country, imported laterite to Chennai Harbour from Gujarat, according to Southern Railways.

How will ‘laterite’ bring a new stream of freight traffic for Indian Railways?

Originating from mines of Kutch – laterite is brought to Chennai through six ships carrying as much as 70,000 tonnes of material every year. From the Chennai Port, laterite will be transported through the railways’ freight trains to reach the cement manufacturing plants in Andhra Pradesh.

The resulting freight traffic is estimated to fetch a revenue of Rs 24 crores for Indian Railways per annum, said the Southern Railways zone in its statement.