Sanya Malhotra and Fatima Sana Shaikh have always shared a close bond with each other. They began their careers together as adults in Aamir Khan’s film ‘Dangal’. They had trained and stayed together for the film. They often share pictures and step outside together.

Recently, Fatima took to her social media to share a couple of pictures of them getting matching tattoos. The ‘Ludo’ actress took to her Instagram stories to share a series of photos from a tattoo studio. She captioned it, “@sanyamalhotra_ aur mera tattu”. The ‘Dangal’ co-stars got a dot tattoo on their inner forearm. 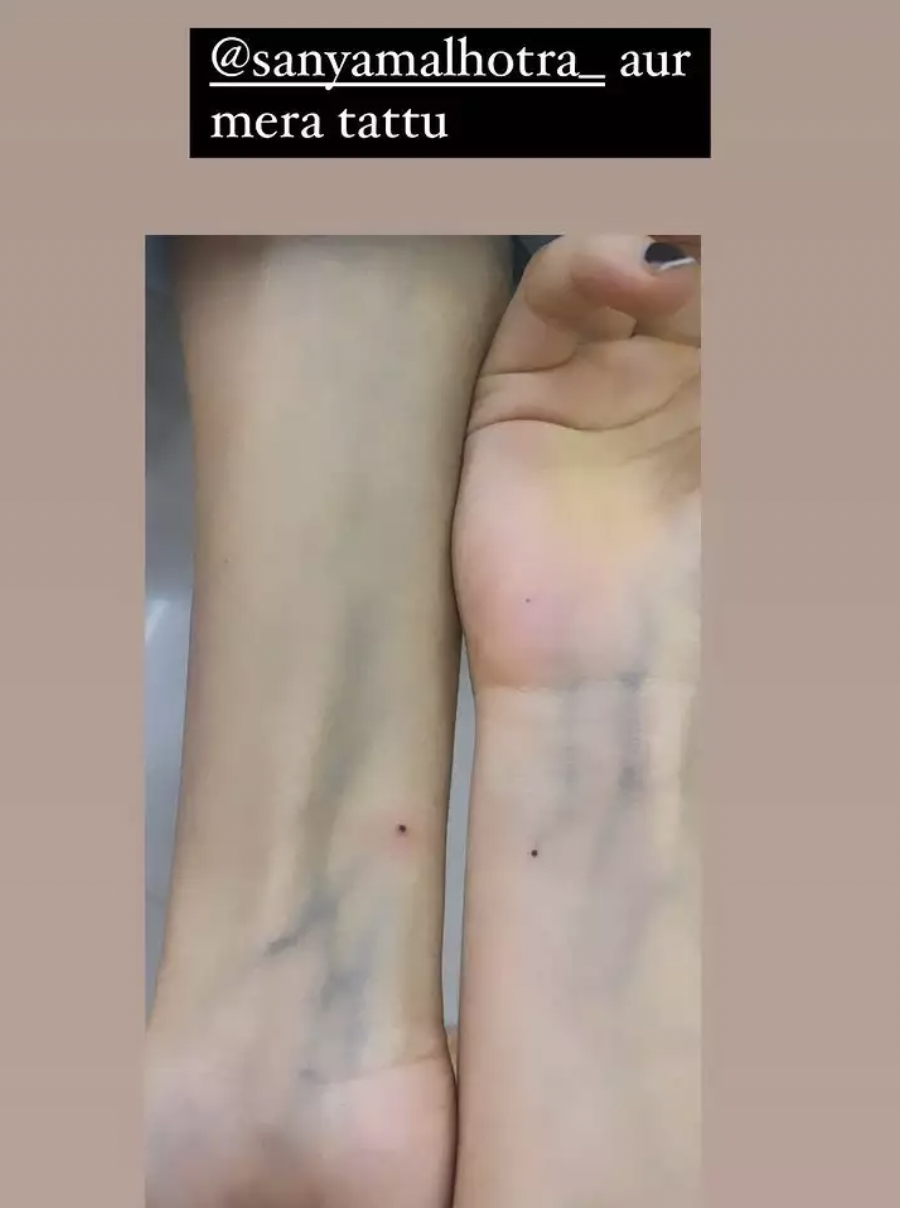 A dot tattoo can be used to show a beginning, middle, and end, heaven, earth and the waters, or body, soul and spirit. It depends on who is getting it done and what they feel.

Fatima tested positive for COVID-19 in March. In an interview with a leading daily, she said that her condition had really gone bad while she had the coronavirus and was thankful that she had her brother with her then. She said that his being there was a great help and was also relieved that her parents do not stay with her otherwise they could get the virus from her.

On the work front, Fatima was last in Karan Johar’s ‘Ajeeb Daastaans’, along with Jaideep Ahlawat. She has been roped in for an untitled film alongside Anil Kapoor. Sanya Malhotra can be often seen posting dance videos of herself and will be seen with Vikrant Massey in an upcoming film, which is still to be named.